Keeping with our commitment to collaboration and co-creation, the Ida Institute collaborated with leading subject matter experts to develop the Time and Talk tool. The tool would not have been possible without their dedicated efforts. We would like to thank them for their contributions. 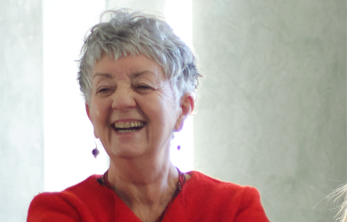 Time and Talk is based on the Hull York Medical School modified version of the Calgary-Cambridge Integrated Clinical Method developed by Jonathan D. Silverman and Suzanne M. Kurtz. With the courtesy of the Calgary-Cambridge authors, the Ida Institute adapted the method for use in audiology in collaboration with Lesley Jones, Honorary Senior Lecturer in Social Science at Hull York Medical School, University of York.

Lesley is a qualitative researcher and teacher working in health and social science.  Her work has been mainly in deafness and participatory research and her teaching in communication skills in medicine and research methods. Lesley is an Honorary Senior Lecturer in Social Science at Hull York Medical School. 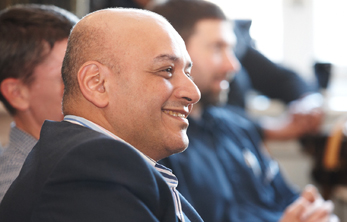 Amr El Rafaie, director of the BSc audiology program at the University of Bristol from 2004 - 2012, kindly allowed the Ida Institute to film his students doing the Time and Talk workshop.

Amr graduated from the faculty of medicine at Cairo University in 1988 and obtained a master in Audiology in 1991 and MD/PhD in 1996. He worked in the MRC Institute of Hearing Research from 1996-2000 and at Bristol University as a lecturer and BSc program director from 2004-2012.

Amr is currently an associate professor of Audiology in La Trobe University in Melbourne, Australia. 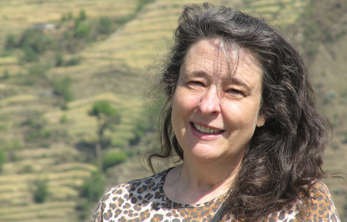 Joy Rosenberg kindly contributed to the development of select resources in the Resource Library.  Joy is a Clinical Scientist in Audiology and a Teacher of the Deaf having spent three decades in a variety of provisions in America, Asia and Europe.  She now works in Higher Education in the UK where her interests revolve around working in partnership with families and patients.