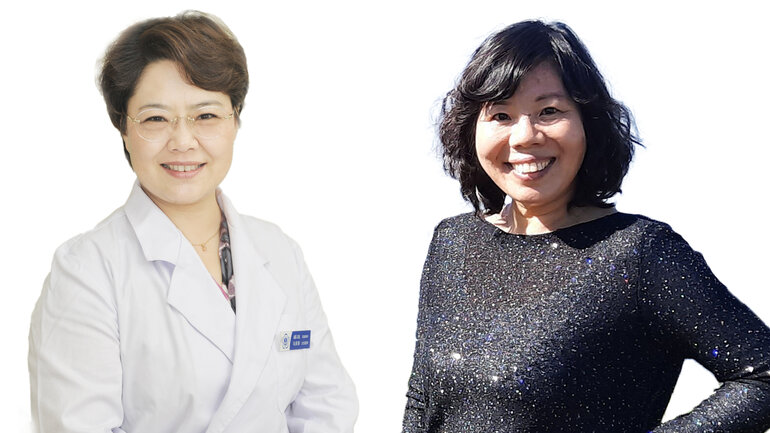 “People want to understand China. But 100 people will tell you 100 different stories.”

These are the words of Dr Mei, Dingxiang Feng, Ida’s China Consultant, who is working to expand understanding and implementation of person-centered hearing care (PCC) in China.

It’s a mammoth task, and not just because this is a country where, according to the most reliable estimates, 27.8 million people have a hearing disability, with the number of people experiencing hearing loss likely much higher. The country’s extreme diversity also makes it a huge challenge.

“Every city, every province is different,” says Dr Feng, who worked as a doctor, audiologist, speech therapist, and national hearing project leader in China for 30 years before coming to Ida. “From the economic resources available to the level of education to the standard of health or hearing care.”

Interest in PCC across the country

Yet the time seems ripe. In 2016, just one year after the World Health Organization urged leaders to build integrated, people-centered health services, the Chinese government published a strategy to achieve this by 2030 – and there’s excitement among the grassroots for more human-centered approaches too.

Expecting around 50 attendees, Dr Feng was instead flooded with RSVPs. Nearly 300 people showed up from across China, including around 50 key opinion leaders from professional organizations, patient associations, universities, and industry.

Professor Ma Furong was among the attendees. An educator, ENT doctor, and surgeon herself, she is also Vice President of the Second Committee of the ENT Department of the Chinese Medical Doctor Association, and Director and Professor of the ENT department at the 3rd affiliated hospital of Beijing University.

Professor Ma has long been an advocate of a human-centered approach to care and, crucially, sees the modern concept of PCC as perfectly aligned with traditional Chinese medicine.

“During the Tang Dynasty, the medical master Sun Simiao began to advocate that a great physician should pay attention to all aspects of the patient and treat him or her with a holistic approach, especially addressing the psychological and social aspects,” Professor Ma explains. “This developed into traditional Chinese medicine, which values love, respect, support, and a warm, harmonious doctor-patient relationship, where decisions are made together.”

With empathy, active listening, shared decision-making, and an understanding of individual needs and preferences at its core, the modern concept of PCC could almost have been built on this ancient Chinese approach to medicine.

Dr Feng agrees: “The holistic approach – combining technical and medical aspects with human touch – runs deep in Chinese culture. Maybe we don’t call it PCC and maybe some people have forgotten about it, because now many people practice Western medicine. But I think once we can explain the modern PCC concept in an understandable and integrated way, people will accept it, because it’s not a completely new approach or way of thinking for Chinese people.”

Obstacles on the road

But that translation process is itself one of the key challenges, Dr Feng explains. Adapting PCC information and resources for China doesn’t just involve linguistic translation.

“We need to bridge the culture gap as well,” she says, “We need to adapt the resources with the Chinese culture in mind. Only if people can understand PCC within the Chinese context, will they accept it.”

And although PCC is closely aligned with historical medical approaches in China, it will take some time for professionals to fully embrace and integrate modern PCC as a systematic approach.

“This type of PCC is very much at the beginning in China,” says Dr Feng.

Professor Ma also sees obstacles on the path to PCC becoming the norm in China.

“Sometimes there is more importance placed on technology than the patient and the psychological needs of people with impairments are ignored,” she says. “And in China, doctors and audiologists often have many patients – they are very busy and don’t have time just to talk with the patients.”

A further problem is that – as in many countries – the hearing care provided in public hospitals is driven by the biomedical model of diagnosis and treatment, while rehabilitation services are mostly the domain of private clinics. In cities such as Beijing and Shanghai, most people can afford to access this (often with the help of local or national government subsidies), but the percentage plummets in the smaller cities and rural areas.

Both Dr Feng and Professor Ma see education as the path to a China where all hearing care, in both private and public settings, follows the biopsychosocial (person-centered) approach.

“First of course, education at the universities, because that’s the future,” says Dr Feng. “Second, continuing education, for people who are already working.”

Dr Feng is working hard to support the development of person-centered skills among both students and professionals. Elements of the Ida University Course are being integrated into the curricula at a number of universities, while hundreds of audiology students across China are taking Ida’s eLearning courses in PCC.

Several Ida tools – including the Motivation Tools and My Hearing Explained – have already been translated for use in China (including guidance for integrating these into audiological practice) and others are on the way. Dr Feng also takes every opportunity to spread the word about PCC among current and future hearing care professionals.

With its long history of holistic care, a booming interest among students and professionals, and even the Chinese government emphasizing the importance of a human-centered approach to healthcare, the stars are aligned for a sea change in China.