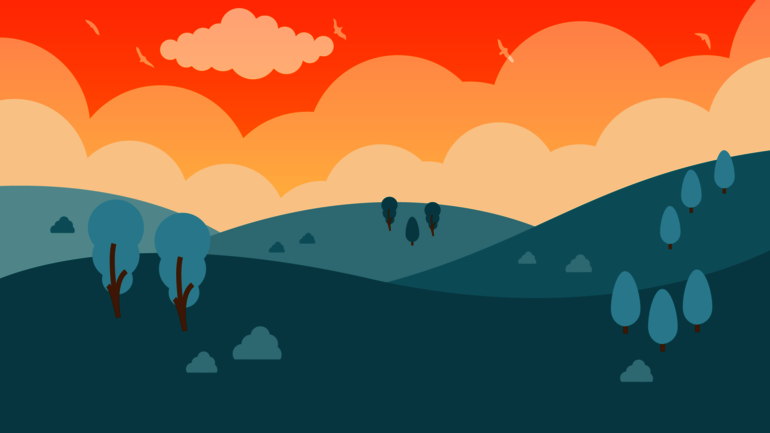 Chronic tinnitus is estimated to affect up to 15% of the global population, with that number possibly on the rise due to Covid-19. That makes tinnitus far more prevalent than many other chronic conditions such as asthma or diabetes – yet far less is known about it.

For Tinnitus Week 2022, we spoke to two of the more than one billion people who live with the condition, to find out what it’s like for them, how they manage it, and what they wish others understood.

Nick’s tinnitus started 15 years ago when he suffered sudden sensorineural hearing loss. His hearing on one side disappeared entirely, replaced with tinnitus, and his “scrambled brain” struggled for months to make sense of the sounds entering through his good ear.

In contrast, Shari’s tinnitus arrived five to ten years after she first noticed her hearing loss. For her, it’s similar to the sound of a fluorescent light – a faint whine – with certain seasons triggering a more disruptive, lower pitched sound.

And the differences don’t end there. Like all tinnitus sufferers, Nick and Shari experience the condition and its impact on their lives in unique and uniquely challenging ways.

Nick: “After completely losing hearing on my right side, I developed whistling tinnitus, which later settled down to a roaring, white noise. I also experienced auditory hallucinations – extraordinary things that simply weren’t there – for about the first six months.”

Shari: “It started off very mild, like the sound of a fluorescent light when you turn it on, with the sound growing and growing. At the start, I thought it was an actual noise. I was looking around and I’d ask my husband if he was hearing it – we’d be looking for it. Then eventually I figured out that this was noise in my head and I needed to learn what tinnitus was.”

How do you experience it now?

Nick: “It’s always there. But it fluctuates in level and frequency and intensity according to what goes into the good ear – so it’s very subject to interference from the real world.

Shari: “I can now differentiate the fluorescent light sound from other sounds. I’m like, ‘that’s my tinnitus, OK, I hear you, go away!’ and sometimes I can block it out. But it’s a rollercoaster. Sometimes it’s well managed and I won’t notice it for days or weeks at a time, so I’m one of the lucky ones. Some people suffer all day every day, all year long.”

What are the worst triggers?

Nick: “I can’t go into bars; restaurants are uncomfy to say the least; and pubs are impossible. I can go to a football match though, as long as I have heavy duty earplugs in. That’s because everyone in that environment is responding to the same phenomena and my nervous system is tuned in with everyone else’s – so when the crowd goes ‘ooh’ and ‘aah’, you follow them. That is much less painful than the random, arbitrary, chaotic, low volume hubbub in an art gallery, for example.

“Also, every time I feel unwell, the tinnitus worsens. So it didn’t surprise me that when I was struck down with Covid in October 2020 – and I got it quite badly – the tinnitus went through the roof.”

Shari: “It really flares up for me in the cold weather, around when the season changes. I still get the fluorescent sound, but there’s a different sound, lower pitched sound then as well, right in the middle of speech, so it’s hard to block out. It often comes with a headache or dizziness and sometimes I feel like I’m not hearing so well, so it comes with a whole host of symptoms. It really wears on me and it’s just very unpleasant. I experience that off and on over a span of about two or three months every year.

“Something else that brings it on for me is very repetitive, rhythmic sounds, so when I’m on an airplane, or a train or a bus, sometimes even in the car. Then if I’m watching a TV show and there’s an explosion and they play a high-pitched sound to mimic the real experience – I automatically put my hands over my ears as quickly as I can, so it doesn’t spark anything.”

Imagine a situation where you don’t notice your tinnitus at all. Where are you?

Nick: “I’m on a windless open prairie with not a lot of ambient noise – maybe just the odd cow lowing in the distance. Because my brain has got good at tuning out the tinnitus, being in a quiet or a silent environment that presents no threat, no possibility of raising the level of my tinnitus, that’s the best for me. Either that, or an environment where there is just one thing to concentrate on – either music or a film.”

Shari: “A little bit of background noise is good, like light music playing or if you’re outside and you can hear birds and the wind in the trees – that’s a perfect setting for me, where there’s a light sprinkling of noise that’s not drawing your attention, but just ambient noise that blocks out whatever you don’t want to be hearing.”

What helps you manage your condition, and how did you find out?

Nick: “My tinnitus is fundamentally the same as it was at the start. But my brain has learned how to tune it out to a huge degree. So I’m much less aware of it. I can’t listen to music at any great volume, which is very sad – music is my greatest passion in life – but I can listen to music and it makes sense. It took about three years to get to that point – an agonizing three years – and another one or two to get to the level of tuning out that I’ve got now.

“I was aware almost immediately after the calamity that my brain was changing. I was also fortunate to be able to speak to an eminent neuroscientist who suggested I reconstruct music in my head repetitively, as this would help to retrain my ever-plastic brain to open new pathways to hearing. So I listened, just in my head, to a particular piece of music over and over and over again – and I could feel it getting better, very slowly. Now I can listen to that piece of music and I hear it with absolute clarity, in reality and not just in my brain.”

Shari: “I’m lucky to have found good ways to manage my tinnitus. My noise-canceling headphones are literally my favorite thing I ever purchased – I always wear these on flights and so on.

“Also, around eight years ago I was at a yoga retreat where they were teaching meditation, so I thought I’d try it, not even thinking that it could help the tinnitus. I went into the meditation building and sat down and closed my eyes and tried to relax, and all of a sudden the sound started going away. The next day I came back and the same thing happened. It was like a miraculous thing I’d discovered! I still try and meditate regularly, and when I do, it has a big impact on lessening the noise.”

What do you wish people who don’t have tinnitus understood better?

Nick: “I would like everyone in the world just to spend a day – even half an hour – having tinnitus to see what it’s like. Because it isn’t fun. And in exchange, I’d like to hear true silence again – that would be a tremendous treat for me, just for a little while.”

Shari: “I just wish it was more well known. People don’t really understand what it’s like to live with hearing loss, and tinnitus is just this added mystery. If people knew more, they would have more empathy and understanding if someone needs them to turn off a fan, for example, or needs to take themselves out of a situation that could rev up their tinnitus.”

What advice do you have for other sufferers?

Nick: “Acceptance is a huge part of this battle. It’s very difficult when something is as ugly and invasive and destructive as tinnitus – it seems almost insulting to want to accept it. But I think it’s your best tool. I started accepting mine and it started to improve. It’s now bearable - no longer ugly, no longer intrusive, no longer the worst thing in my life.”

Shari: “Yes, it sucks and people are going to tell you, ‘sorry, there’s nothing you can do about it’ – but that’s not true. You can’t make it go away, but there are things that can help you cope with it and live with it successfully. You can mask it by playing music, you can do meditation and exercise, you can train yourself to think differently about it through Cognitive Behavioral Therapy. Something that can really help is to talk to other people who experience tinnitus – trading stories, trading tips can be such a relief and so supportive.”

Hear more from Shari at her blog, Living with Hearing Loss, and learn more about Nick's story in this video.

Check out our free tinnitus resources for clinicians and for people with the condition. To learn more about tinnitus and how to be person-centered when treating it, take our free online course in the Ida Learning Hall.