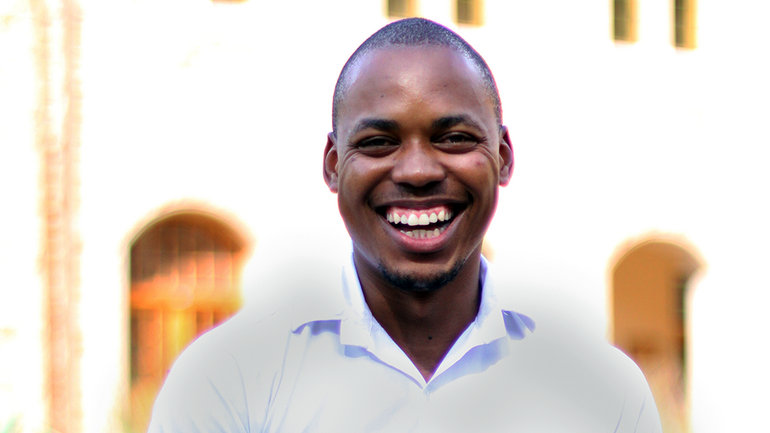 On his first day of work as an audiologist, Sakhile Nkosi woke to the sounds of roosters, horses and monkeys at the farm in Lydenburg, South Africa where he had recently rented a room. As he walked towards his new workplace, he was chased by puppies determined to play and larger dogs with more menacing intentions. Despite this, he was able to savor the magnificent views of mist-covered mountains that accompanied him to Lydenburg Hospital.

Lydenburg is a rural town of 37,000 people in the country’s north-east near Kruger National Park. It’s located in a mining area famous for its breathtaking landscapes and its fly fishing. There’s no shopping mall in Lydenburg, much to Nkosi’s disappointment, but there is a community health center, special needs facilities and the hospital containing the audiology clinic that is staffed solely by Nkosi.

Nkosi didn’t expect to begin treating patients as soon as he arrived at the clinic that first day, but patients were waiting and nobody else among the hospital’s staff was qualified. Instead of shadowing a more senior audiologist for a while, Nkosi was to be supervised by audiologists in neighboring hospitals by telephone. “At least the clinic has basic audiology equipment,” he thought to himself. Not all rural hospitals in South Africa are so fortunate. “That first day informed my whole career,” Nkosi disclosed. “It’s when I learned I had to be independent and work creatively.”

Today, the audiologist is thriving in his new role at the hospital but faces challenges at the clinic common to many hearing care providers in rural locations: lack of funding, rudimentary equipment and insufficient infrastructure. Remarkably, he still manages to deliver quality hearing care. He does this by knowing his craft, having a passion for helping people, and — using Ida communication tools.

The tools help people with hearing loss articulate their situations to their hearing care providers, and help the providers better understand their clients’ realities. Nkosi was first introduced to the Ida tools while studying at the University of Pretoria, but it wasn’t until he began practicing that he understood their usefulness. "I soon realized that audiometry and hearing aid fitting wasn’t sufficient to support our patients with hearing loss," Nkosi explained. "That’s where the Ida Institute tools entered the picture. By using the tools, I’m able to deliver service closer to the standard of first world countries, even though I’m in a rural community.”

Nkosi recalls a consultation with an elderly Sunday school teacher who came to him complaining of hearing difficulties. She adored teaching, but eventually gave it up due to her hearing challenges. Making matters worse, her diminished hearing was also affecting her relationship with her husband. She described to Nkosi how her husband became frustrated that she responded very slowly when he spoke to her.

By using the Communication Partner tools together, Nkosi and the former Sunday school teacher were able to understand who the most important people were for her to communicate with, and where it was most important for her to hear better. Based on this information, the client’s husband and grandchildren were invited to join her in a follow-up consultation to establish communication goals.

Ultimately, the elderly lady was fitted with amplification — for one ear only due to a lack of resources — and counseling was offered to teach her and her loved ones communication strategies. Not only is she now happily teaching Sunday school again, but even commented at a later consultation that she hears the bread breaking during communion. Perhaps more importantly though, her family and the church are now aware of her challenges and are much more accommodating of her needs. This isn’t surprising since research shows that involving communication partners in the rehabilitation process often leads to better results.

Nkosi also frequently employs Ida tools when treating local miners who enter his tiny clinic asking for help. Noise-induced hearing loss and tinnitus are common side effects of their work and Nkosi finds the Tinnitus Management tools useful for quickly being able to put himself in his clients’ shoes. By understanding the miners’ situations and giving them concrete information about tinnitus, Nkosi can relay hope and show them that it’s possible to manage their conditions better, even if they can’t be cured. Nkosi says, “Our hospital has no budget for assistive devices - particularly tinnitus management devices - but the Tinnitus Management tools enable the patients to understand and manage tinnitus better.”

Sakhile Nkosi no longer rents a room at the farm house and he now drives to work, carefully avoiding dangerous potholes rather than ferocious dogs. He’s settled into life in Lydenburg and has thrown himself into outdoor pursuits like trail running and rafting in place of trips to the mall. He's now researching ways to provide better hearing care services in underserved communities, and dreams of teaching a new generation of hearing care specialists how to deliver first world care in rural locations like Lydenburg, South Africa.