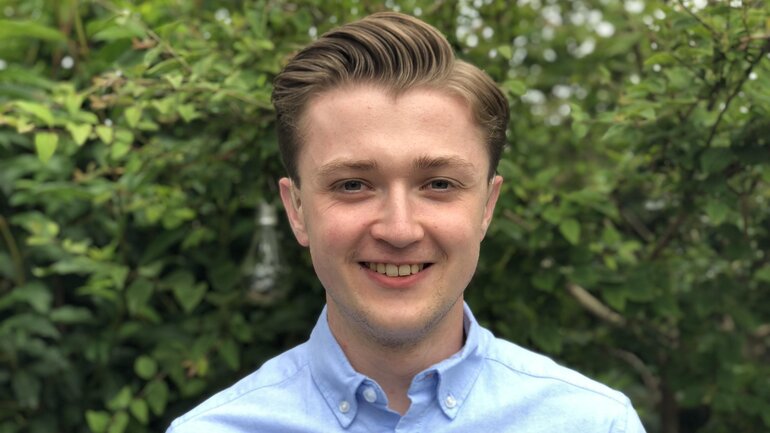 Michael's patients often recoil in fear at the mention of cochlear implants (CIs). But he can relate - he has hearing loss himself and was terrified as a teenager at the thought of getting CIs. He's determined to use that experience to help his patients.

“Cochlear implants? What are they?” asked Julie* after being told that these devices might be an appropriate next step in her hearing journey.

At first, she was curious about something that I said could improve her communication to an extent that hearing aids can’t. But on learning how they work and what they entail, her reaction immediately changed: “Major surgery on my head? No, thank you!”

No position to judge

Julie’s not the only patient I’ve seen react like this during my placement as a trainee audiologist. Surprisingly, most have never even heard of cochlear implants (CIs) before, despite having dealt with severe hearing loss for a number of years.

But I’m in no position to criticize their reaction. When I was a teenager, I was told by an audiologist that I was a candidate for a CI based on my audiometric criteria. Although I went to have an assessment under the old (stricter) UK criteria, I remember deep down that I didn’t want one. When I was told I wasn’t eligible, I was relieved. Going through my head was:

I therefore wasn’t surprised when I recently learned that, according to one study, less than 5% of those who could benefit from a CI actually receive one (Raine, 2013).

Looking back now, I realize that all my thinking was very short term, and I wasn’t thinking about the bigger picture – potentially better hearing.

I was in the contemplative stage in the context of the Ida Institute’s Circle tool (a Motivation Tool that depicts the phases a person with hearing loss typically goes through).

I knew I couldn’t hear well with my hearing aids, but I didn’t feel my hearing was “bad enough” to get a CI. That was partly due to my mindset that saw CIs as a last resort. I suspect Julie and other patients I’ve discussed CIs with for the first time felt the same.

Since studying audiology and learning exactly how a CI works and how they can be superior to hearing aids for someone with severe/profound hearing loss, the idea of getting one doesn’t seem so alien anymore.

I’ve also benefited from seeing my younger sister get a CI and experience huge improvements just three months after switch-on – as well as hearing from other people with CIs who have reached out to me.

It’s a bit like a long journey to an exciting holiday location – no one wants to travel on an uncomfortable flight for many hours, but it’s tolerable with the end point in mind. In the context of CIs, I’ve moved from focusing on the journey (the surgery, the rehab) to focusing on the end point. In counselling terms, I’m now firmly in the action phase of the Circle.

A future with more CIs

I feel if someone could have explained how a CI actually works to me seven years ago, I would have felt more inclined to pursue one. But I now know first-hand how difficult it can be to explain a CI and its benefits in non-technical language, especially when the patient has never heard of a CI before.

My goal now is to find more effective ways to have these conversations with my patients, perhaps using the Box, another Ida Institute Motivation Tool that prompts patients to reflect on the pros and cons of acting, or not, on their hearing loss. This could help people see the bigger picture (the end point) rather than focusing on surgery or rehab (the journey).

Having also experienced how powerful talking to someone who has CIs can be, I’m also endeavoring to find ways I can put eligible patients in contact with people who have had their devices for a while.

I’m trying to play my part for a future where far more than 5% who are eligible for a CI can actually receive and benefit from this amazing technology – perhaps including Julie – and that CIs are seen as a continuation of the hearing journey rather than a last resort.

* not her real name